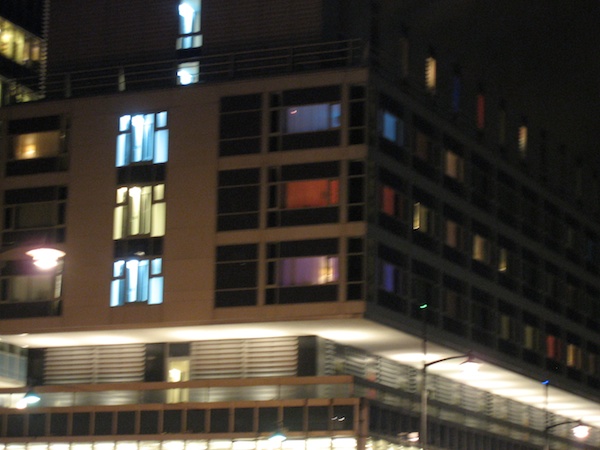 A NORDIC HOTEL THEMED ALL AROUND LIGHT

(Stockholm) — In a land that either doesn’t have much, or has too much of it, the concept of the Nordic Light hotel is to bring light inside, everywhere. From the LED light adjusted hotel rooms, to the cool bar trick of a heat-sensitive bar top, to the changing exterior colors. At the time they opened, LED lighting was just coming into its own.  It’s not a bad place. Great location.  You can book it on TabletHotels.com.  I had a crappy camera at the time, so you can see better shots on those to websites.

The LED lights change hues and intensities, which was really unusual at the time the hotel opened

The light theme continues into the bar, where a pressure-sensitive bar is a dull black until it comes into with something, where it lights up. A cool bar trick that kept my nieces and nephews entertained for hours.