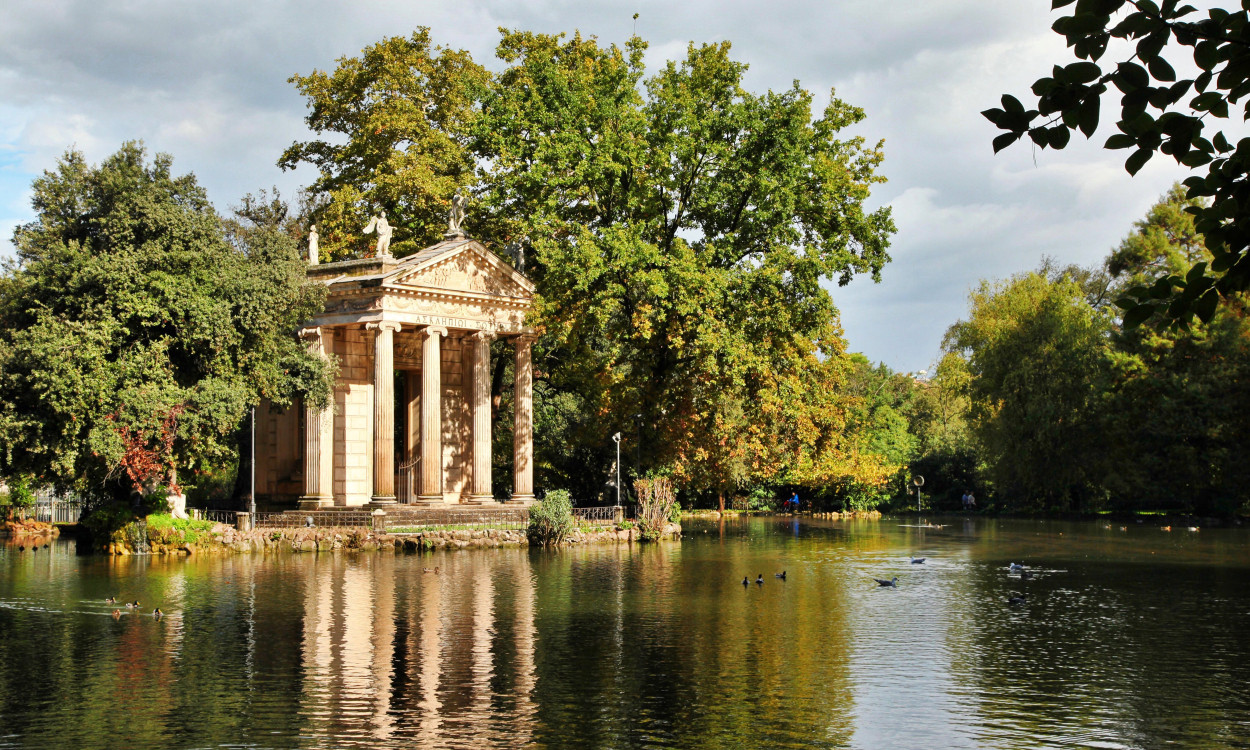 GET AWAY FROM THE CROWDS IN ROME, TAKE A WALK IN THE PARK

[ROME, ITALY] — When you get sick of all the tour buses and streets clogged with tourist groups, head up to the top of the Via Venato to the Villa Borghese Gardens, one of the most tranquil parts of Rome.  Vast, sprawling acres of grass, trees and cool little features, like a picture perfect rowing lake….with its own temple of course.  And because it’s high up, great views of the city and Piazza del Popolo.

Here’s a great little secret way to get there:  save walking a thousand steps as you climb the hill by taking a series of free escalators from the Piazza de Spagna Metro stop.  Go into the entrance, but instead of buying a ticket, look for the escalators opposite the entrance to the subway, they pop you right off the edge of the park, on the top of the Via Venato.  Follow the signs for Village Borghese or Via Venato.  It’s an awesome way to scoot around.

Few people visiting Rome really know about, or think of visiting, Villa Borghese. They totally overlook that big green blob in the upper left of their Roma map and head with the hoards to the old stuff. But when you’re hot and sweaty and tired of the bus crowds, pack some vino and panini and head up the hill to this tranquil, enormous shady park with its Dr Seussian trees, giggling ragazzi, couples strolling and respite from the screaming Vespas… and only the occasional used condom. ——————————- YSGH Traveler’s Tip: Not a fan of the sterile Via Veneto, nor walking up the hill when it’s hot. But you can duck into the Metro at the Spanish Steps, which cuts deep into the hill that holds Villa Borghese. Instead of actually entering the Metro, no need to pay, just keep going though the tunnels and escalators and moving walkways poop you out right on the edge of the gardens. Hill, solved. This is a great tip if you’re using points to stay at the isolated-at-the-top-of-Veneto Marriott Hotel Flora. Take this secret passageway going the opposite direction and it zips you right into the heart of Rome without a cab or the walk.

You can row-row-row your boat in Rome. See that beautiful lake and temple in my previous post? You can strap on some boatage and get right out in it. It’s a blast. And you’ll feel like you’re boating in Central Park…except… you’re in Rome. While the rest of the city is rushing all around, hands-flailing, getting all overly-excited, you can lazily lean back and drink it all in. Bring grapes, that’d be fun.

Rome on a lake. Who’da thunk* this cool dreamy little gem of a spot was in hot steamy Rome? My archaeology professor used to tsk-tsk this “new” building because it wasn’t “real”. “Oh that’s just some reproduction from the 18th Century…” “You kidding me??? I’ll take it…” Understandably, he preferred really old stuff. 🏛 -— — — * “Who’da thunk” may not translate so well into Spanish.

A rare sight indeed: Hardly any people in the Piazza del Popolo.

I’ve never heard anyone say: “Yeah, they have way too many umbrella pines there….” 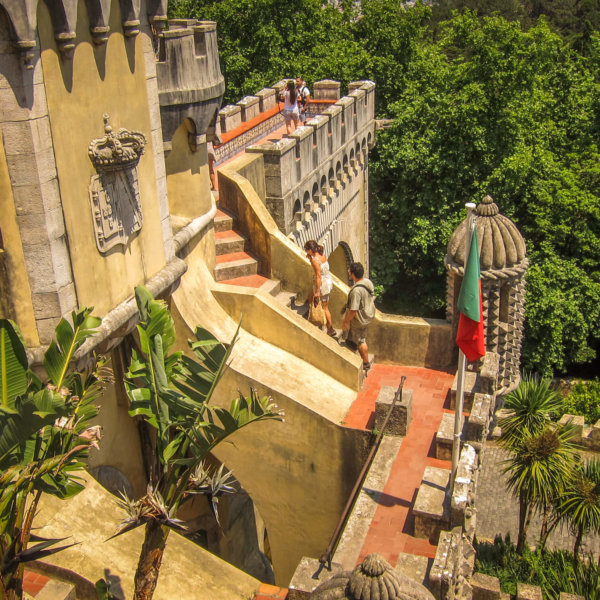 VISIT A FAIRYTALE CASTLE OUTSIDE LISBON

[SINTRA, PORTUGAL] — Sintra is not just a single town,…