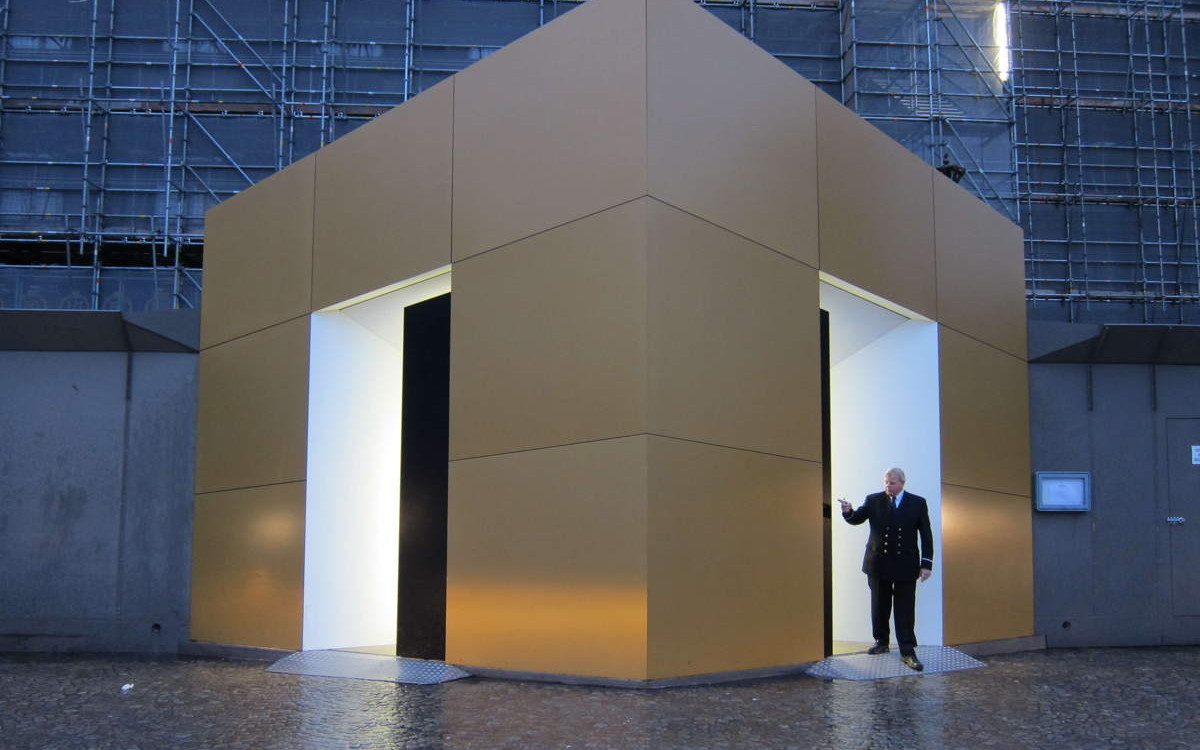 (Amsterdam) — I’d never been to Amsterdam before – not that interested in the coffeeshops and sex shops and drunken British lads. But after working like a fiend all year, I decided to make a Mileage Run over Thanksgiving, booking two weeks before and doing very little research. I jumped on a plane and just decided to wing it, knowing I just needed to get out of the country, fast. Icame for five days, but I was kinda done after three. It’s a small city.

November is, I discovered, the absolute rainiest month in the year. No big deal, I was expecting that, I like going places when hoards of tourists aren’t there and get a chance to live like a resident. Living in New York taught me that. While everyone came in the hot and sweaty summer, some of my favorite times were ducking into somewhere warm when it was cold and rainy outside. But it was, indeed, very rainy and sideways windy. I went through four umbrellas in two days….finally finding an unbreakable one. Kinda blew me away: here I was, in full waterproof raincoat, big ass umbrella and waterproof shoes and I still looked like a drowned rat, meanwhile 90% of the population is zooming around on bikes, in feet-knocking- out wind, in just wool coats and scarves, no hats, and they just acted like nothing was going on. Especially all the cute girls, fearless on their sturdy bikes, zipping in and out of traffic. They’d pull up on their bike and walk right in, slip off their coat and sit down at a restaurant like it was nothing….and I’d be dripping at the front door like a golden retriever. It was like my friend Lisa said of Brazilians at the beach: the sand just does not stick to them, meanwhile we look like sandpaper when we get up. Same goes with the Dutch and rain. I guess that’s why they’ve always had that slept-in hair look. I always thought it was a fashion statement, but now I am wondering if it is just functional. No need for product.

The main Rijksmuseum was under renovation, but had a temporary wing open with some of the Big Hits. Nice. The Van Gogh: had a little higher hopes, but not much of a VG fan. The FOAM photography museum has some really cool contemporary photos tucked into a gem of a little design. Great way to kill an hour.

Get Lost – Absolutely one of the best city to do this, mostly because it is so small. I would just set out every day wandering for 7 hours, hopping canals with no itinerary, just watching daily life. Got into some neighborhoods, you probably wouldn’t normally see. Watching all the bikes and smiling people. Fathers riding around with their kids standing on the bookrack in the back, casually placing hands on the dad’s shoulders – which seems to be the rage for little boys. Mom’s with those cool push-box-bikes where they just dump their kids in the there and go. No need for helmets (nobody wears helmets) or padding, or aircraft-size strollers with protective everything or cupholders….it was just such a nice change from the freakishness safety-obsessed view of the US…. The canals all fan out in a circle from the center, a little disorienting at first, but once you get your bearings, it is easy just to go block by block, canal by canal. Strive for the Jordaan area…really cool part of town.

Canal Tour – This is actually pretty cool. Nice to get down low on the
water and root around. I would recommend doing this early in your stay because the tour orients you to the city a lot and gives some great background that will be useful as you walk ‘round. Go around dusk, when the sky is still blue and the lights inside all the narrow buildings start to shine and you can peek in to daily life.

Cafe Americain — I had seen pics of this place, prominently in the center of things in an old art deco hotel. If there was one place I knew I wanted to go, this was it. Totally cool Art Deco dining room — the Real Thing — reminds me somewhere my dad must’ve eaten in. Oddly, when I went there at 8:30 on a Saturday night, it was almost completely empty…probably 200 seats in the room. And me. Maybe three other tables. I couldn’t figure it out. But the Old School menu was delish, with a delightful Old School waiter in an Old School white jacket, etc. Man oh man, did I have a great meal. Get the oysters. And the Beef Wellington had one of the most memorable, kick ass sauces that I’ve been trying to cook myself for years (and never would I expect I would get Beef Wellington anywhere). For your convenience, some pictures to help in your menu decision.

Envy – by far, this was the best, best meal of my trip. When the extremely helpful Dylan host suggested this “nice, modern tapas place” I hadn’t expected much. I tell ya, every single dish was amazing, starting with a cebeche crabcake that had a Granny Smith apple sorbet and squirts of guac that looked like the tops of apples. You wouldn’t think the combination would be good, but I am still thinking about it. Cool long, dark place with excellent people watching. Really friendly place. Don’t not go here.