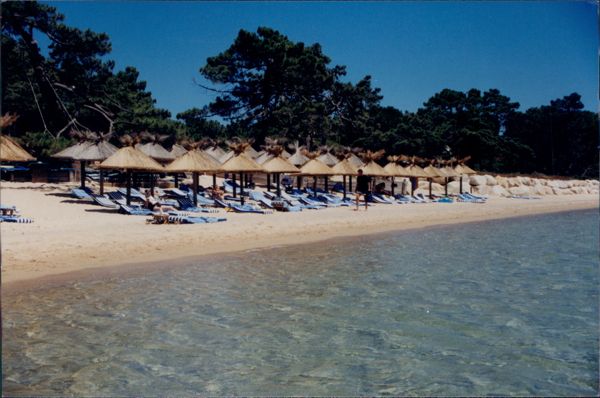 THE GRAND DAME OF HOTELS ON CORSICA’S SOUTHERN COAST

(Porto Vecchio, Corsica) — Just above the lower tip of Corsica is an excellent, in the big broad bay around Porto Vecchio is the romantic hotel Grand Hotel Cala Rossa, one of the most famous and fanciest hotels on Corsica.

Quiet beaches, swanky atmosphere, nice staff.  And because it’s a Relais & Chateaux, you know they have an incredible restaurant, which is Michelin starred.  Cala Rossa has been around for decade, ruling the roost of southern Corsica.  I don’t have a ton of pictures because the last time I was there, digital cameras hadn’t been invented, so these are scans of my old print film. But, you can get an idea of how beautiful this place is. 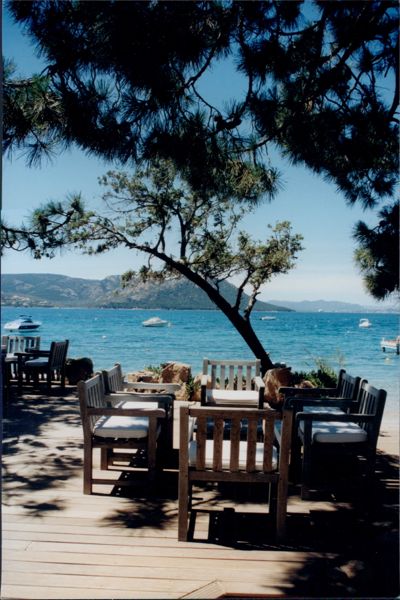 When you first pull up, the outsides of the place don’t look like much from the parking lot, but once you pass through the front doors, a whole ‘nother world awaits.  Like all Relais & Chateaux hotels, the restaurant takes center stage, but there is a killer private sandy beach and palapas, a cool dock that leads out into the bay. Boats bobbing in the crystal blue waters. 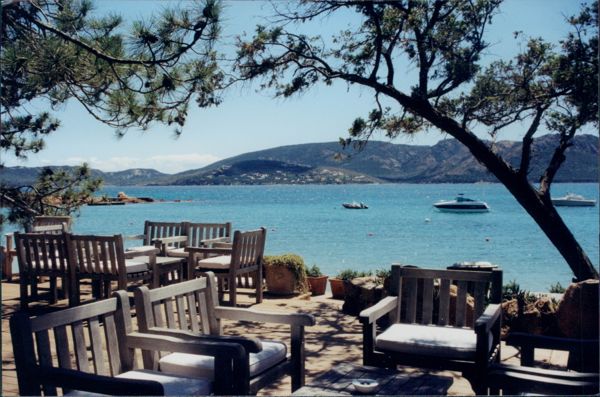 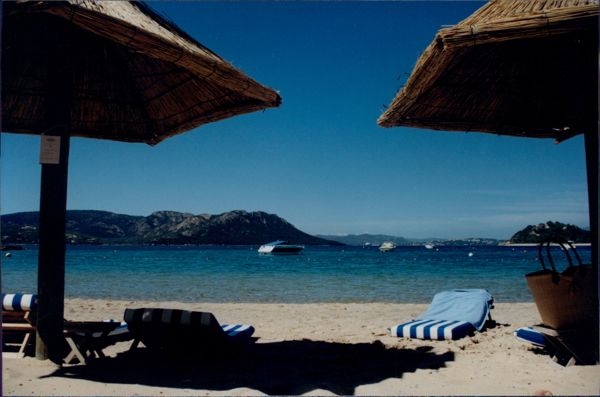 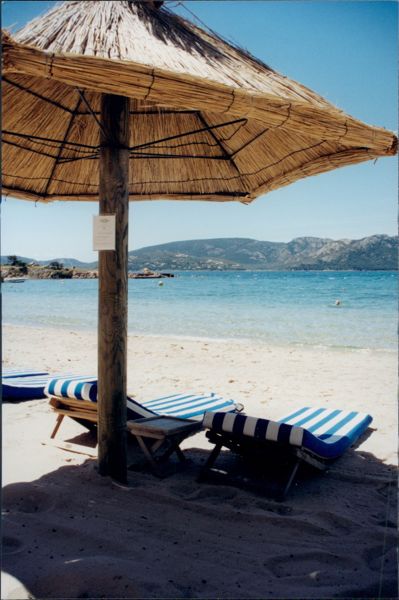 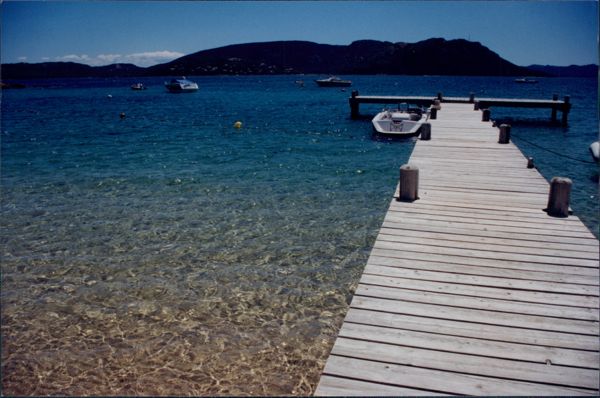 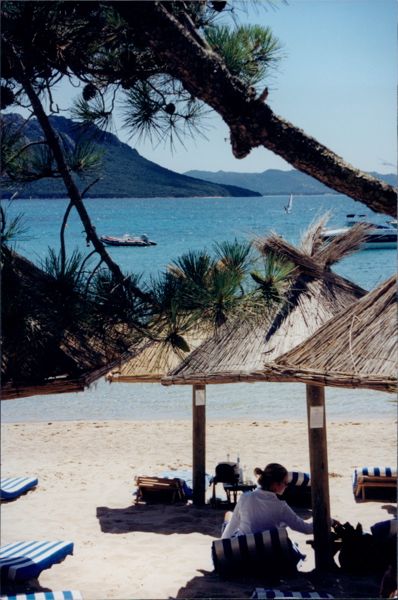 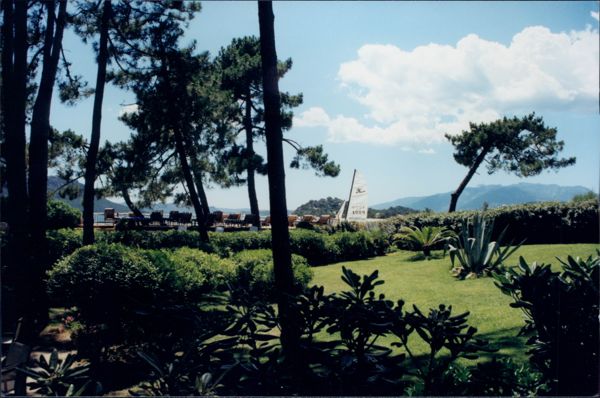 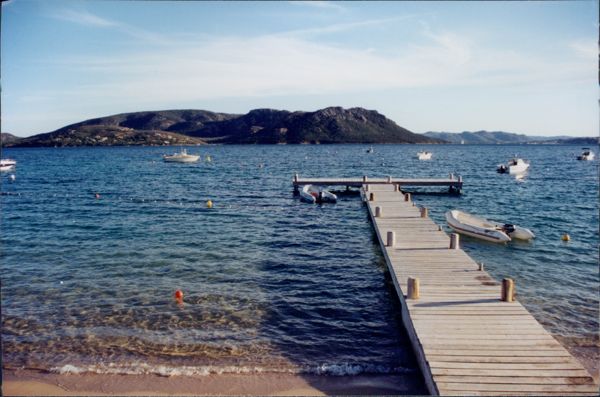 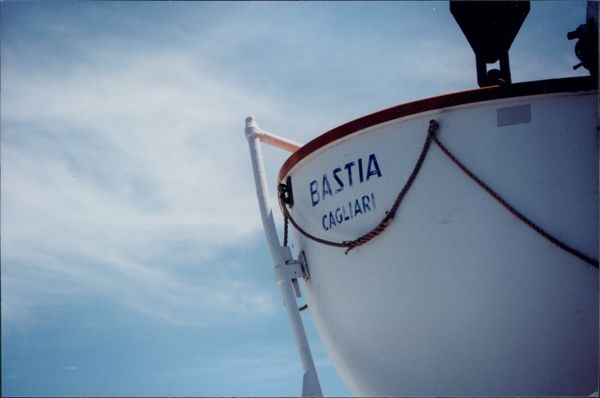 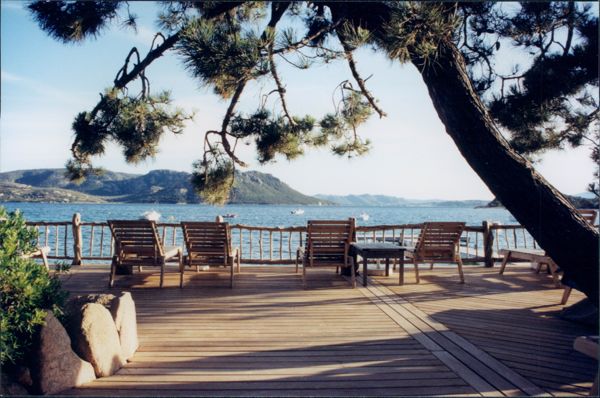 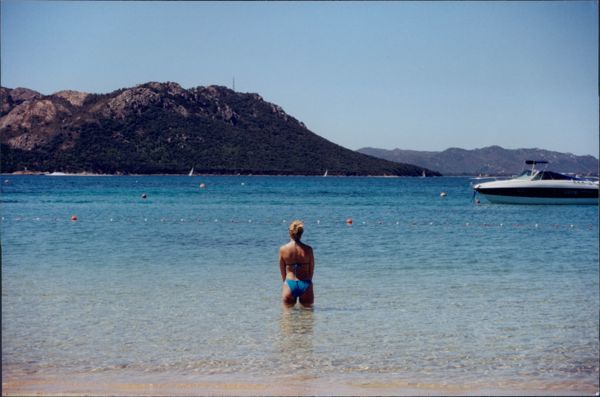 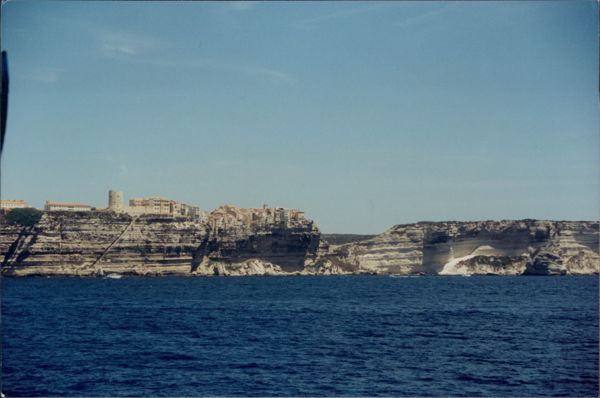 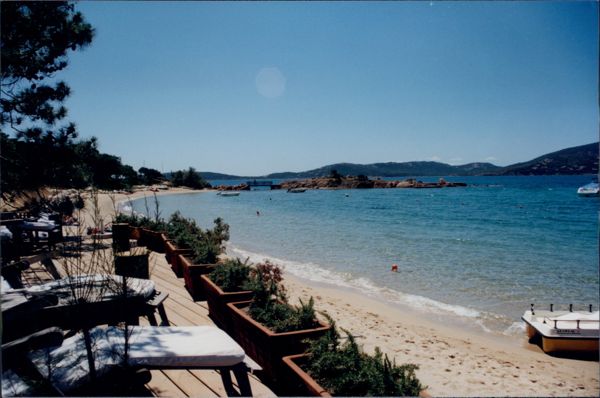