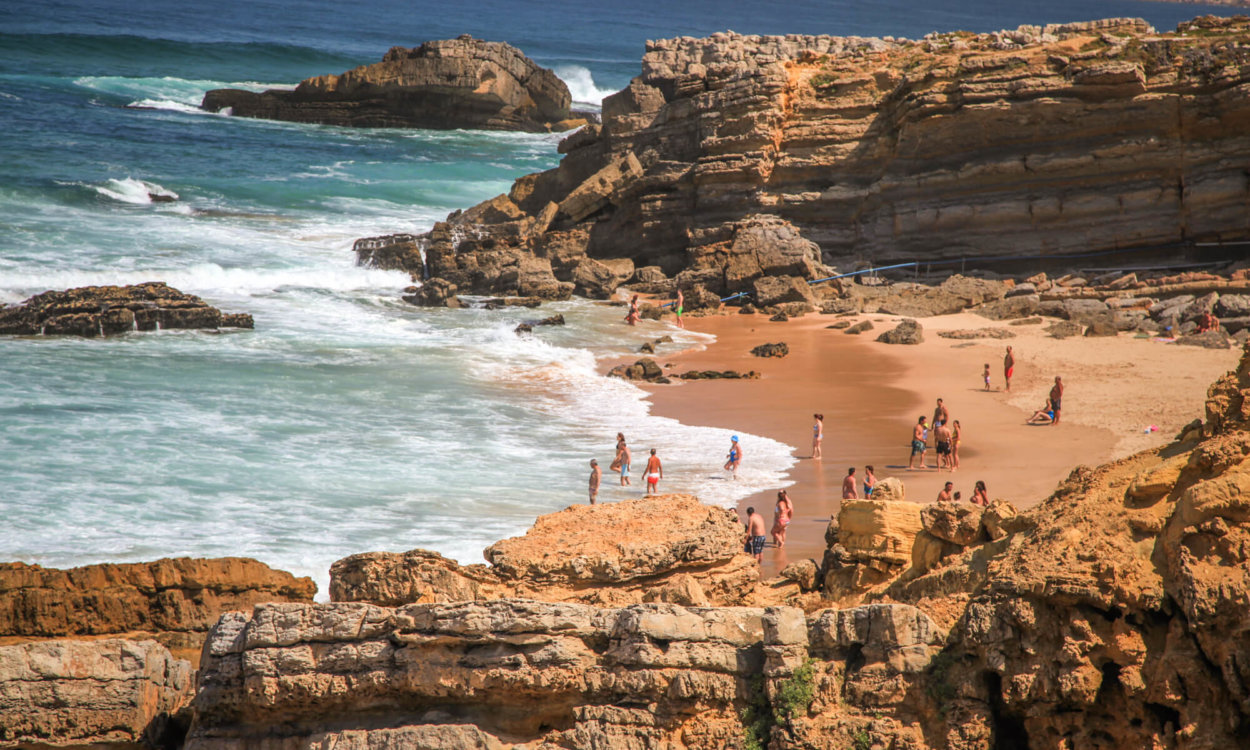 ON THE LISBON COAST, ONE OF THE TOP BEACHES IN THE WORLD

[CASCAIS, POTUGAL] — Only an hour or so outside of Lisbon and just 5km and 10 minutes from the sunny Lisbon beach suburb of Cascais, Praia do Guincho. Guincho Beach. Rated as one of the best beaches in Portugal and on top ten beaches in the world, it’s a dream.  Strong winds, perfect sand — a contrast to the rocky beaches of France and Italy — large waves and incredible sunsets, it just all adds up.  It’s easy to get to, with parking along the road and multiple coves (I’m actually not 100% if there is one single Guincho, or a bunch) you can just drive, park and burn. If you’re staying in Cascais, you can rent a bike and it’s an easy flat ride, take a taxi or drive your own car. (I’d suggest the bike route and not worry about the parking). 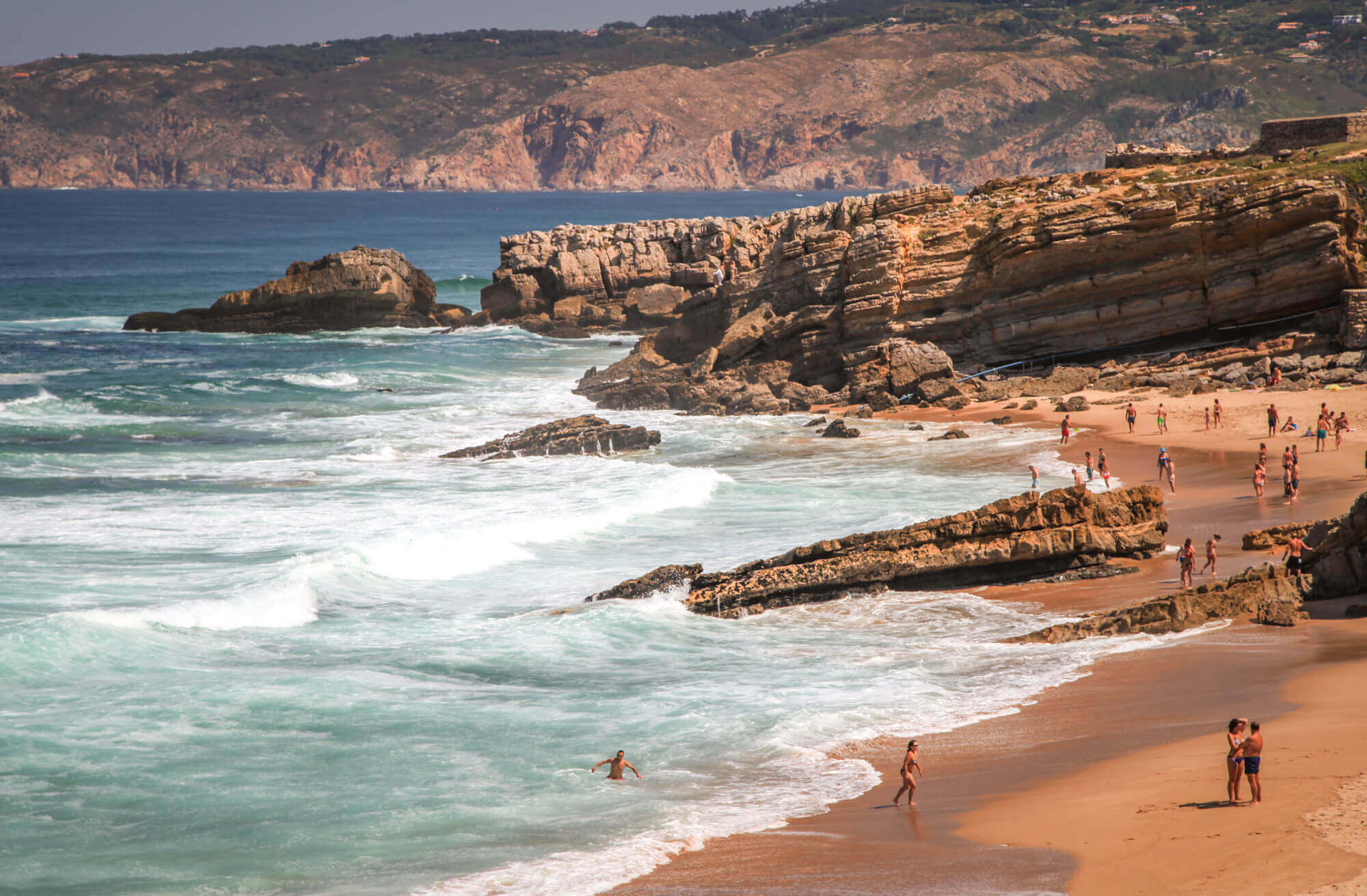 Praia do Guincho is really a series of beaches and alcoves all along the Atlantic side of the Lisbon coast. 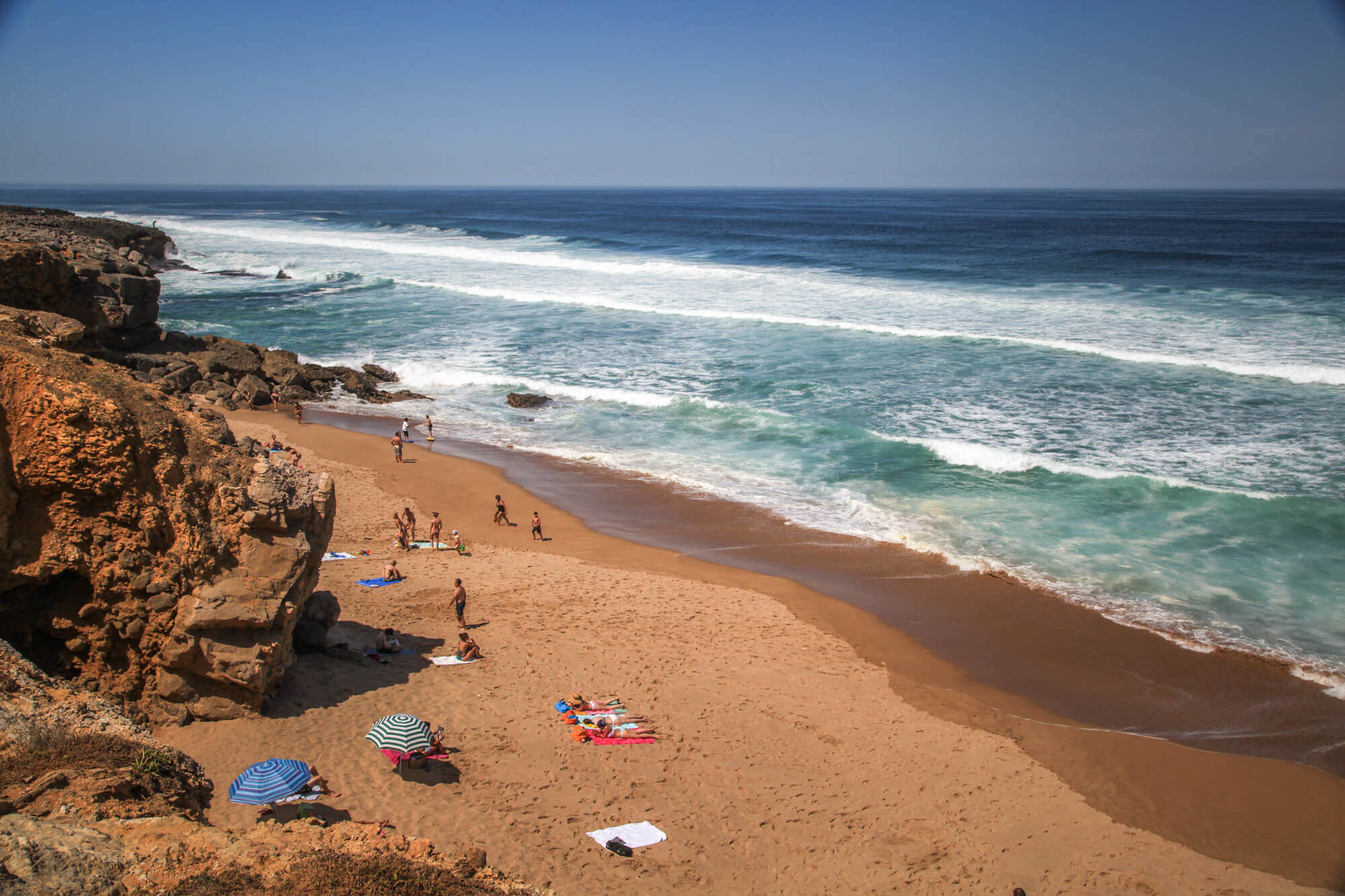 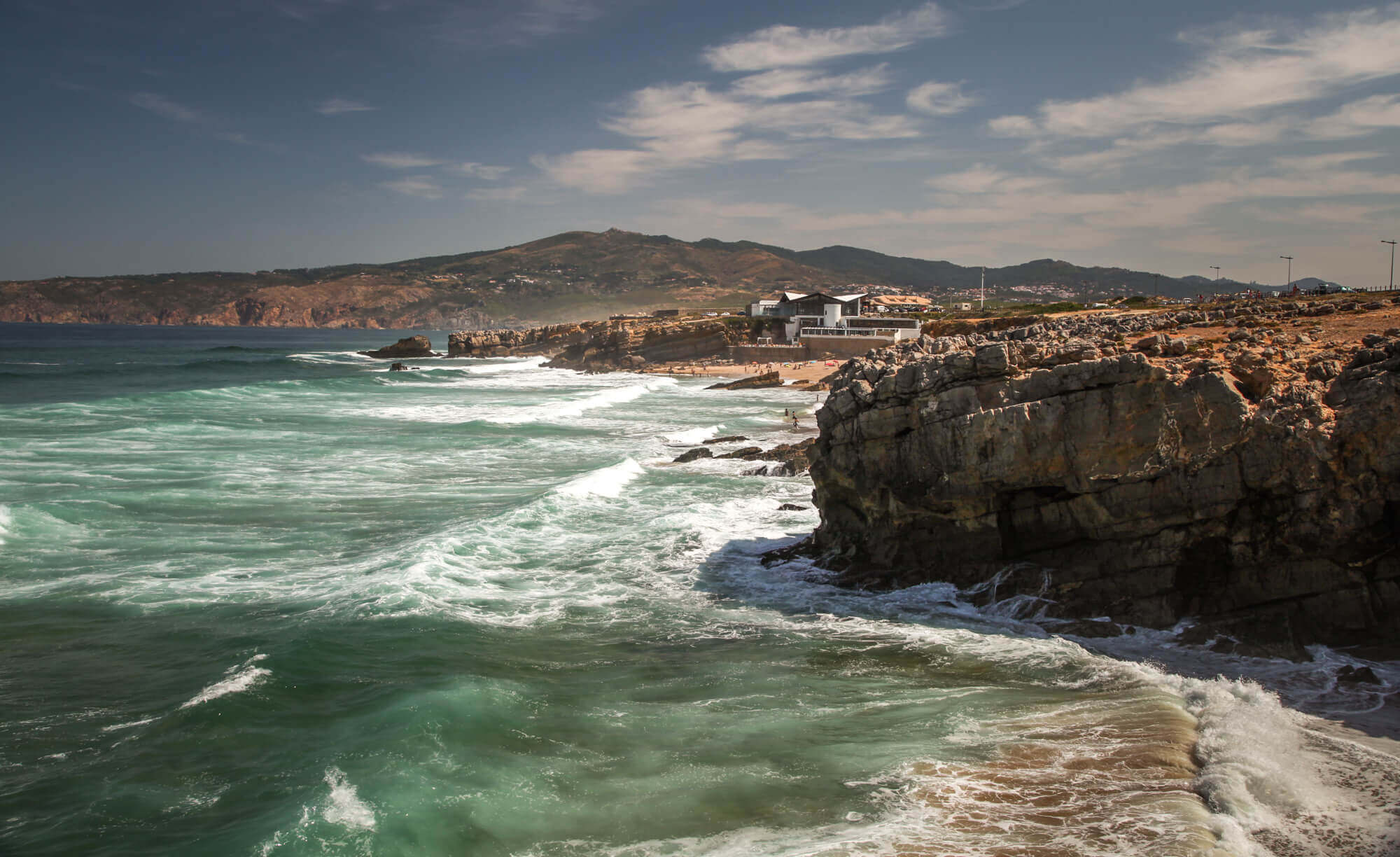 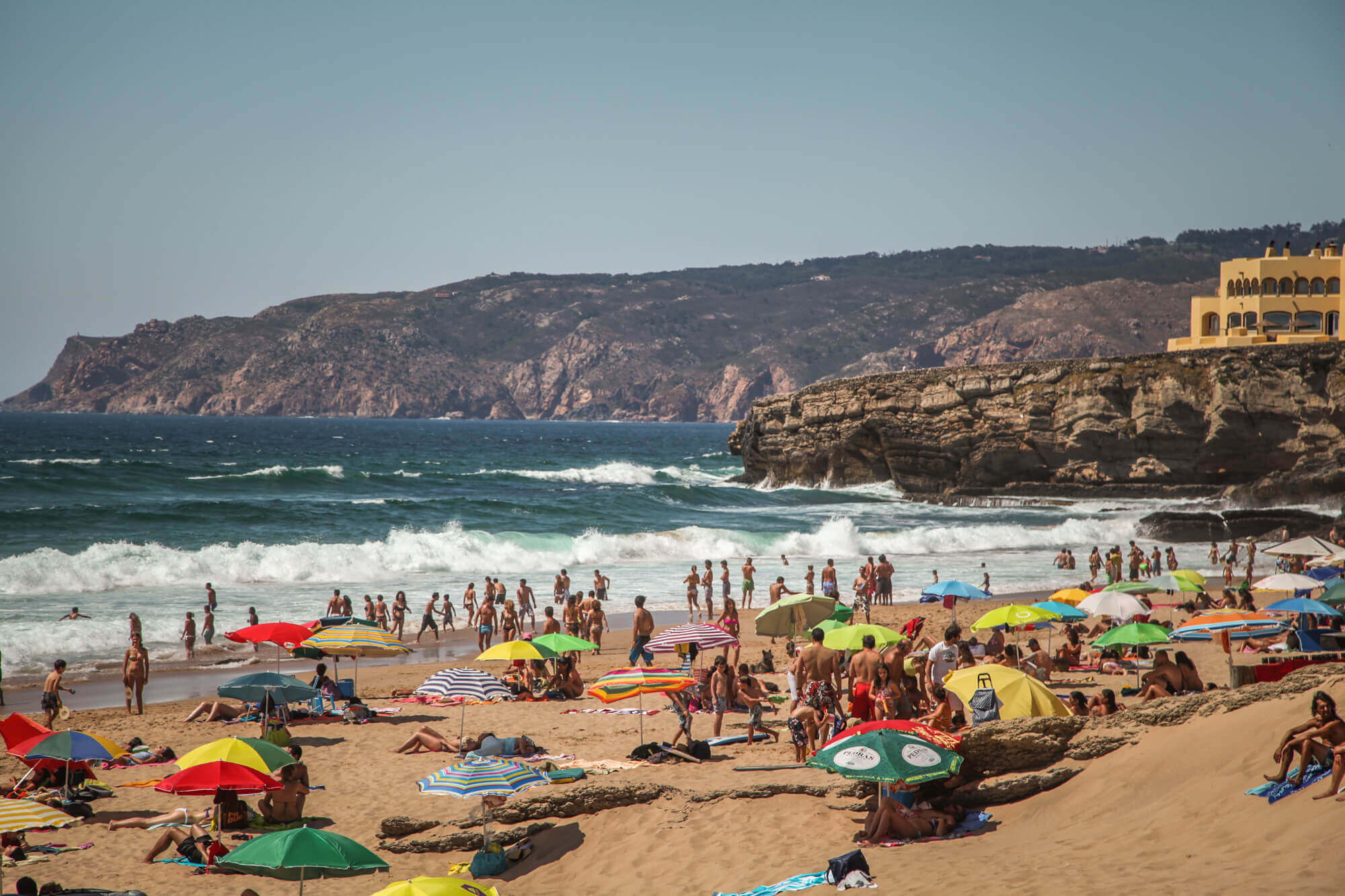 Some areas have more services and are busier. 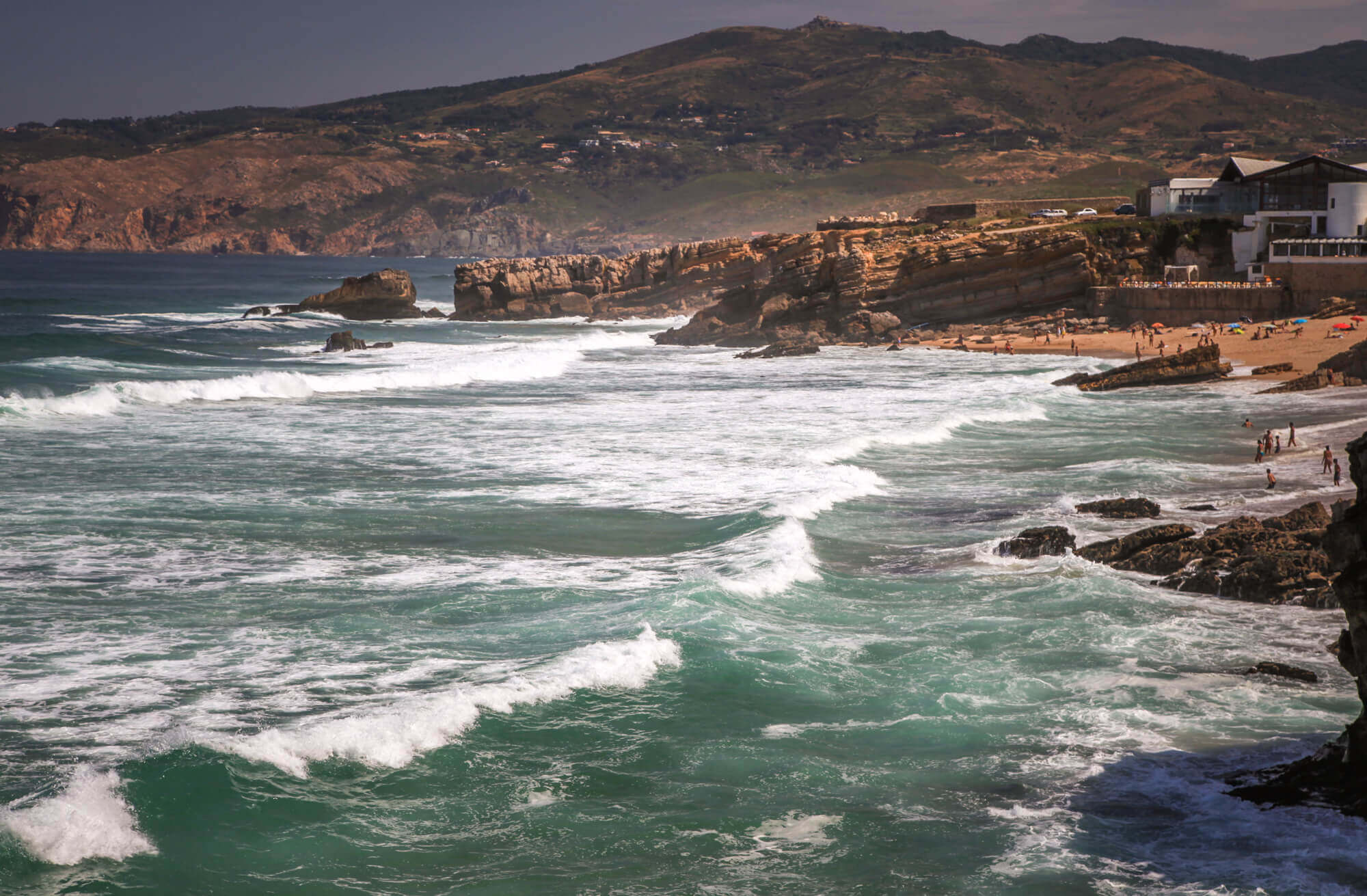 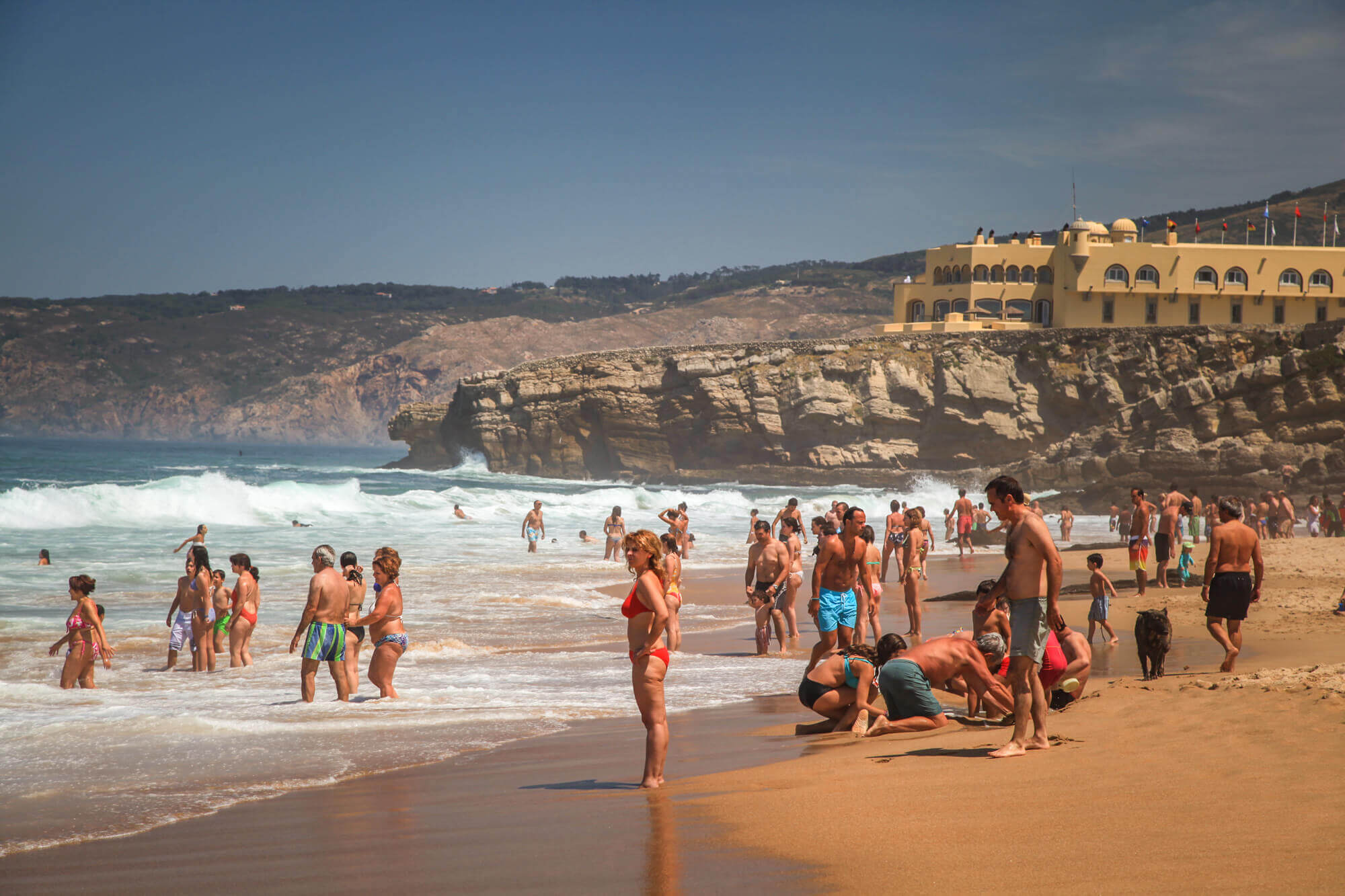 It’s the Atlantic, so the water is a little cold and the waves are strong, so not the best swimming. I hear the winds are intense in July and June and are perfect in September. I was lucky that one day it was Kite Surf City and too intensely windy and the next day ideal. It’s about 20 minutes along the coast up from Cascais, which is a great base for exploring the Lisbon coast.  Highly recommend that you go here. It was even featured in the Bond film Her Majesty’s Secret Service. 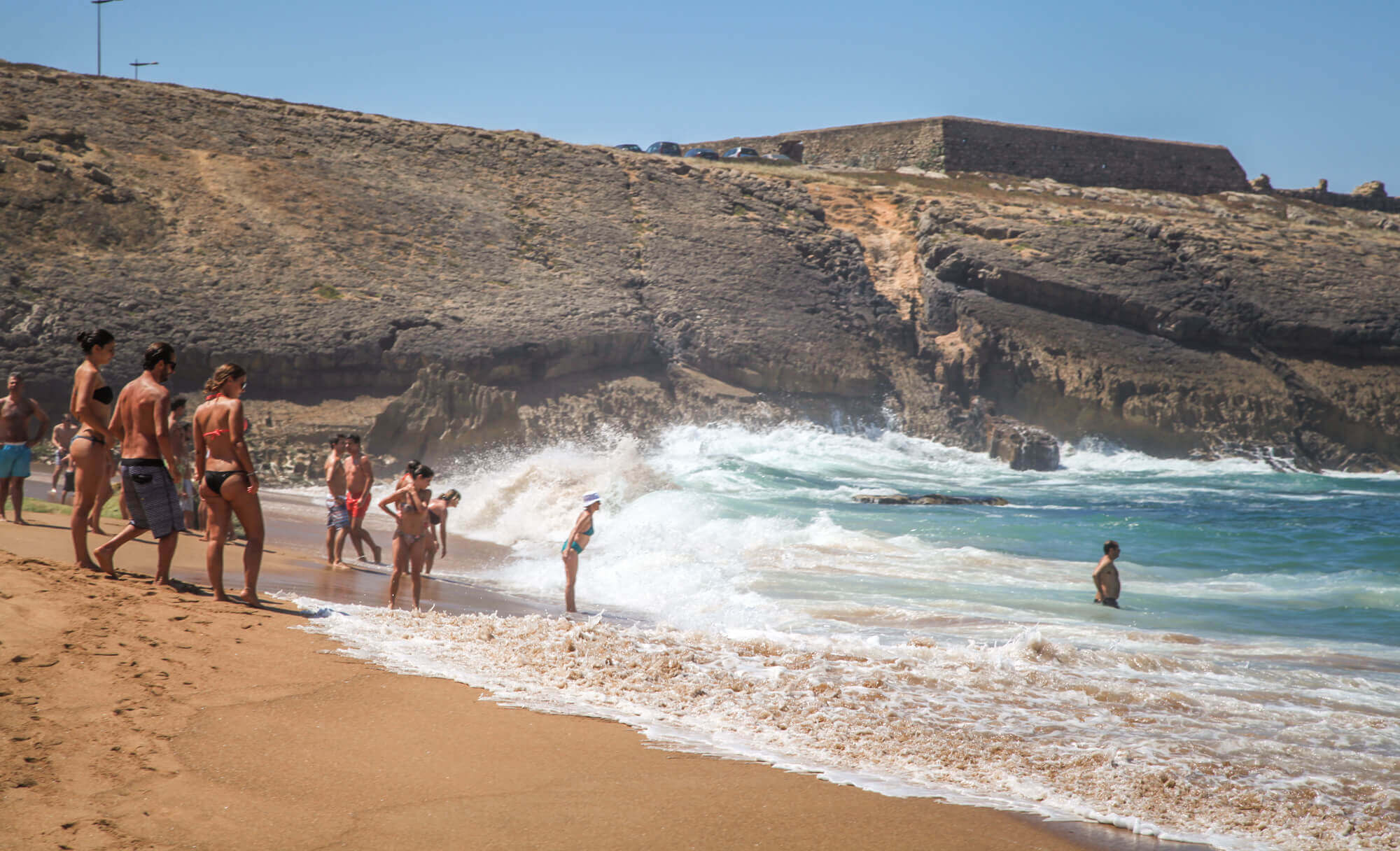 I love this woman. The true definition of “leaning into your fears.”

The waves can be intense, so it’s not a lolly-gagging beach, but that makes it more fun to watch everyone challenge the cold Atlantic waves. But for being so easily reachable, it’s the perfect day trip from Lisbon or Cascais. 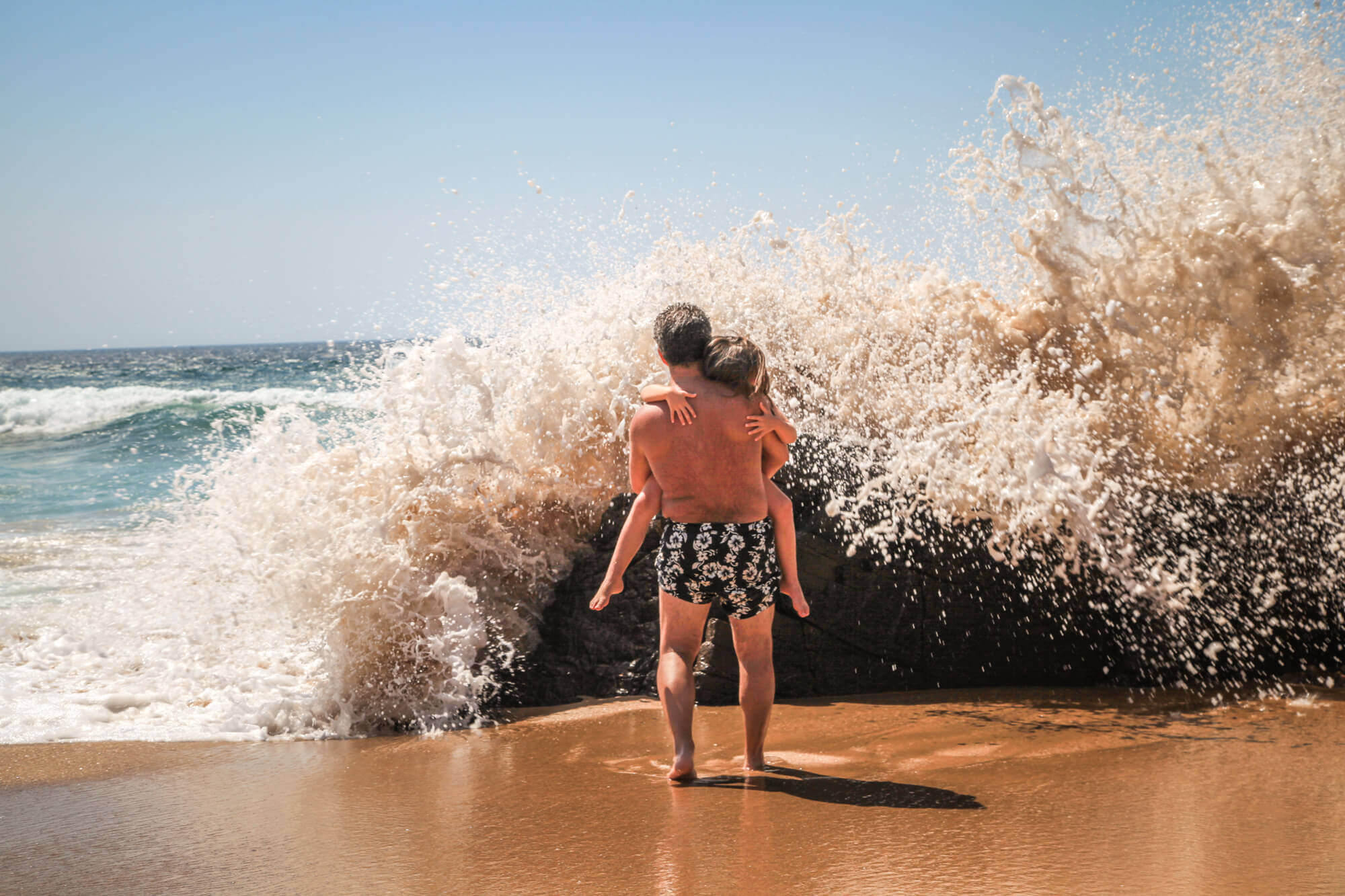 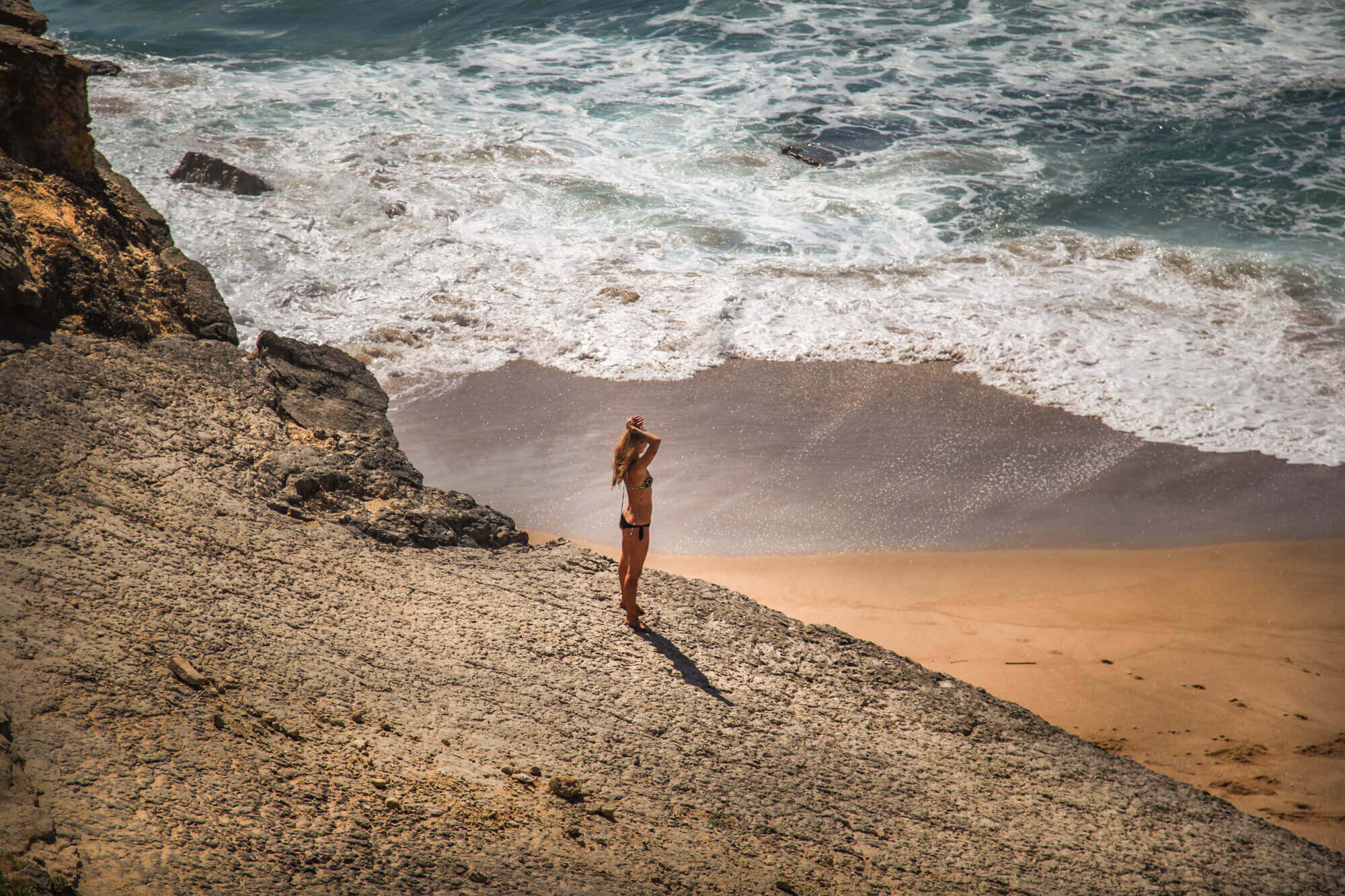 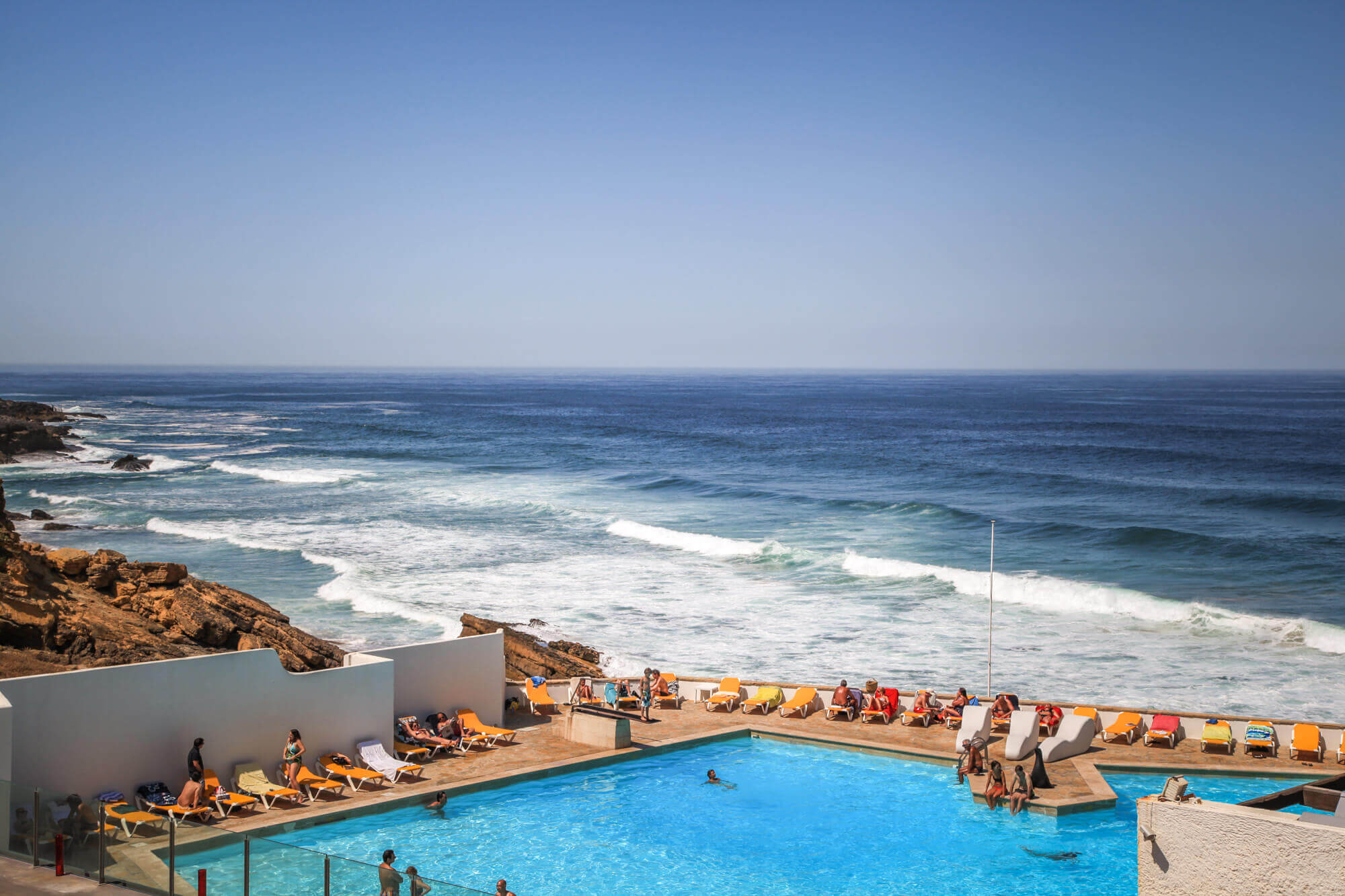 There’s even a big public pool, so you get the best of both worlds. Pool + Beach views.

More Information on Praia do Guincho and Cascais

And here’s info from Visit Portugal. And more info on Guincho from Culture Trip.  Here are some other posts I’ve made of Cascais.

And here’s info from Visit Portugal.  If you subscribe to The Times of London, here’s a great guide on what to do in Cascais.

Continue reading...
1 Discussion on “ON THE LISBON COAST, ONE OF THE TOP BEACHES IN THE WORLD”